Review: As It Is – ‘Denial: Reimagined’ 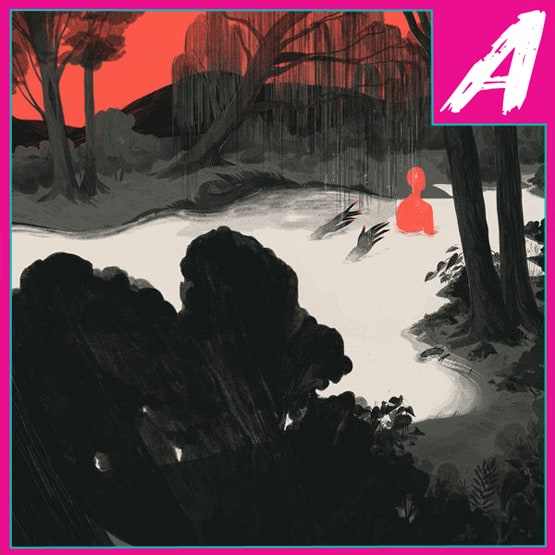 Now, thanks to As It Is’ surprise release of Denial: Reimagined I finally get to give my thoughts on their collection of inner demons, in the span of four EP’s that will be released throughout the year. So, does Denial: Reimagined hold up the legacy and battles The Great Depression championed? Let’s find out.

In what sounds more like an actual conversation between the album’s character “The Poet” and us the listener, this reimagined take on “The Great Depression” works perfectly. It’s conversational tone fits nicely with what’s being transcribed, making lines like “I’ll tell you it’s okay to die to stop you giving in” display a lot more weight and meaning, you might even shed a few tears by the time the track strikes you with it’s last few heart wrenching seconds.

Moving passed Patty Walter’s amazing vocals, the instrumentation featured throughout this new version of “The Great Depression” is whimsical to start, which helps tell the narrative of how the world sees suicide and depression as a whole, before giving listeners a gear shift towards the end where things really start to break down, as the track ends on a more emotional and intimate note.

One of the first songs that got me really into As It Is’ narrative, the new re-telling you’ll find on Denial: Reimagined is just as grand and thought provoking as its original counterpart. “The Wounded World” as a whole is already a strong track, and this new stripped back version helps to further the original’s cause, making way for the track’s lyrics to really shine bright above the subtle yet effective instrumentation.

“In case you haven’t heard, we’re all to blame for the wounded world” has never hurt and connected more than this version’s re-telling. A strong new take on an already golden song that has me anticipating how the band will re-tell one of my favorite track’s “The Question, The Answer.”

The Fire, The Dark:

“The Fire, The Dark” my favorite track off The Great Depression, and As It Is just made it better. I’m a huge sucker for acoustic songs, whether they be intended for an acoustic audience or a band goes back and makes it so. Acoustic songs are almost always an out of the park home run when it comes to me. This stripped back re-telling of “The Fire, The Dark” is everything I never knew I wanted from the song: it’s complicated, it’s raw, and it’s a real person’s feelings.

“The Fire, The Dark” is the best of these three re-imaginings hands down. The tone shifts are on point, and captures the original’s tale of woe and loss. It’s clearly no surprise which track off The Great Depression I personally connected with the most, and I’m sure this new version will grab hold of a whole new set of listeners.

If you’re still wondering if you should give As It Is’ new stripped back EP Denial: Reimagined a listen, then the answer is yes you should. You should go listen to it right now. As someone who struggles with depression day in and day out, the song’s found on Denial: Reimagined and it’s older sibling The Great Depression are the perfect companion pieces to help you feel like you’re not alone.

If you’d like to check out Denial: Reimagined for yourself, you can stream it right now wherever you might happen to stream your music or click on this handy link provided by As It Is. Also as a further reminder, keep your eyes peeled for the next three re-telling EP’s that will roll out throughout 2019.