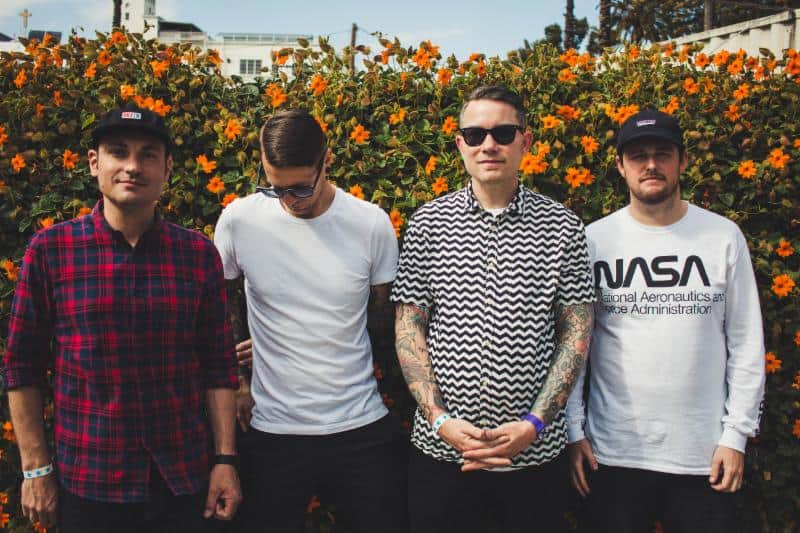 Hawthorne Heights have released a special two-song cover collection titled, Dads of Sad, surprising fans on an otherwise boring Monday. Included in their collection of cover songs are “Butterflies” by Kacey Musgraves and “8” by Billie Eilish. Dads of Sad goes on to prove that Hawthorne Heights aren’t afraid of taking risks, and will go on to provide their emo-style onto some of the biggest current pop songs in today’s musical soundscape.

While talking about their new Dads of Sad collection, frontman JT Woodruff shared, “so much has changed in that span of time, some better, some worse, but we try not to let anything hold us back. The best part of music for me is reaching beyond borders and boundaries. Blurring the lines within a strange industry and marketplace is what keeps your blood pumping after all this time.”

Kacey Musgraves and Billie Eilish aren’t simply blind picks for Hawthorne Heights to cover, as JT Woodruff goes on to explain, “a lot of people are probably going to ask, why the hell is this band covering extremely current pop songs that sound nothing like their band. The answer is pretty simple. We tweeted at Kacey, just wondering if she had ever listened to us back in the day. And she tweeted some of our lyrics back to us. We thought it was pretty badass that musicians in different genres are still connected.”

“Billie Eilish was a similar scenario. She posted a video of her breakdancing to “NikiFM,” and thought it was super cool. Both of these are very talented artists, who represent the most current side of pop music. Both sound nothing like what we are used to writing. We thought it was a great exercise in trying to make their happy pop songs sound like sad Emo songs.”

Hawthorne Heights did an amazing job translating both “Butterflies” and “8” into their own style, both sound like they could be stripped down b-sides from 2006’s If Only You Were Lonely.

Hawthorne Heights’ new cover project Dads of Sad is available on all major streaming services if you’d like to take their sad collection on the go. Also, make sure to check out the band’s official website for upcoming tour dates.