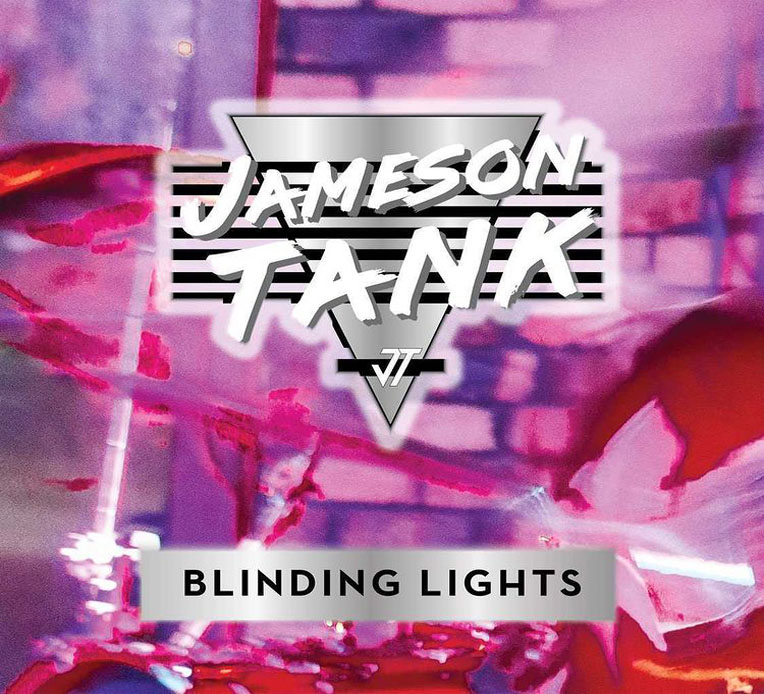 Imagine liking your fanbase so much that you deliver a recorded cover of a song they’ve requested a recording of? I mean, I can’t imagine that, but Georgia-based rockers Jameson Tank can, and they have delivered with a studio recording of their popular live cover of The Weeknd’s mega-hit, “Blinding Lights.”

Re-imagining “Blinding Lights” as a rock-n-roll masterpiece makes perfect sense as the ingredients for a fantastic rock song were already present in the original. Taking their rock cover on the road during their Too Hot To Hold tour, receiving audience praise throughout the tour’s three state escapades which brought the up-and-coming rockers to more than ten cities.

But, while Jameson Tank’s fan base might love their hot cover of “Blinding Lights” within a live setting, does the band’s cover transition well in a studio recording? Or, is it more hollow than a pumpkin during Halloween. Let’s find out.

Jameson Tank nails “Blinding Lights” like a stake going through a vampire’s heart. The transition from The Weeknd’s track is filled to the brim with rock goodness, and Jameson Tank unleashes that rock potential while not losing the spirit of the original pop masterpiece. Frontman Jameson Tankersley slays his vocal performance, creating an illusion of grandeur and rock dreams of yesteryear.

Conner Ankerich brings the heavy beats of The Weeknd’s original track into its own rock legacy while keeping up with the original’s dancefloor fire. In contrast, guitarist Bryce Burnette and bassist Javier Solozardo bring the band’s cover full circle in perfect formation to keep listeners dancing in their rooms for hours.

While not changing up much from the original itself, this rock cover adds a little angst to the flame to truly bring this pop sensation into a new light of rock goodness that will have listeners constantly hit replay. I know I can’t wait to experience this cover within a live setting once Jameson Tank makes their way West in the future.

I’m a sucker for a good cover, and Jameson Tank brings the party with them with their rendition of “Blinding Lights.” A great love letter to The Weeknd’s gold standard of dancehall-filled pop. Listeners of the original should have no issues vibing with these Georgia rockers’ rock take. I know I’ve had it on repeat for a few weeks now leading up to this review, and not once did my body not dance, jump around, or foot tap away. You’ll want to bring this one with you to the gym during your next session.

If you can’t get enough of Jameson Tank after you listen to their raging cover of “Blinding Lights,” then you’re in luck as you can also stream the band’s recently released EP, Too Hot To Hold as well. A six-track EP that will certainly get the blood moving through your body. If you’d also like to keep tabs on the band themselves, make sure to check out their official website, where you can find links to their connected social channels.