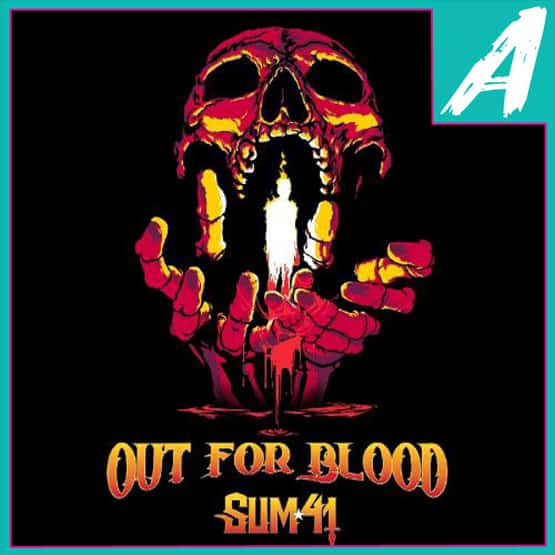 Sum 41 are at it again! Making quite the splash in the deep end of the pool with the release of their latest single, “Out For Blood,” which is taken from the band’s upcoming album Order In Decline, which is looking at a release this Summer. Sum 41 is one of those bands I can keep on repeat throughout the day, even got my wife into their music. So, when the band announced their new release, you better believe I got excited instantly.

“Out For Blood” wastes ZERO time at getting your heart pounding, blood rushing, and head banging. Sum 41 prove just who they are with their new single: fast, loud, and completely honest, with lyrics such as “all that we have is just slipping away, and I don’t believe that it’s gonna be okay” to lead the path to suffering and displeasure in a way that only Sum 41 know how to create in a catchy three-minute track.

The instrumentals featured throughout “Out For Blood” are great call backs to the band’s harder songs, featuring an amazing solo that’s going to be insane to see in a live show setting. The mixture between the track’s hard hitting drum beats and heart racing bass lines creates for the perfect song to get your sweat on, and as I mentioned with the track’s featured solo will make for one amazing song to see live. A true heart-filled Sum 41 song if I ever heard one.

Sum 41 wasted zero energy while bridging the gap between their last heart pounding album 13 Voices and their latest single “Out For Blood.” If you have any problems with Sum 41’s harder sounding songs, first things first what’s wrong with you? Secondly, this new single won’t be for you. But, if you’re someone that enjoys Sum 41’s punk headed energy, gut-punching solos, and Deryck’s way around the pen, than “Out For Blood” is just what you’re looking for.

With the release of “Out For Blood,” I’m even more excited to see what The Sums have in store for their upcoming album Order In Decline. If you’d like to check out Sum 41’s latest single “Out For Blood” for yourself, you can catch it right now on SiriusXM Octane, or wait until it’s official release on April 24.