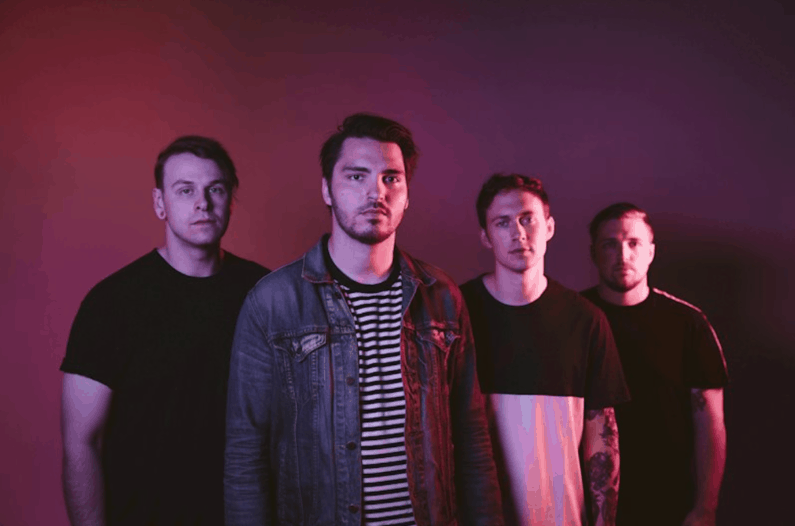 Chicago-based pop-rock band Sleep On It has announced their new album, Pride & Disaster will be released on September 13 via Equal Vision Records. To further celebrate the occasion, Sleep On It released a music video for their latest infectious single “Under The Moment.” Featuring additional production by Kyle Black (State Champs, Pierce The Veil, All Time Low), Pride & Disaster is the follow-up to Sleep On It’s 2017 released album Overexposed.

Racing Towards A Red Light

The Cycle Of Always Leaving

While talking about their upcoming ten-track album, vocalist Zech Pluister stated, “one of the big things we focused on when making this record was not only writing sad songs. Going along with the theme of growth, we wanted to show that there is more to life than just being sad. As hard as life is, there are still good days, and we really wanted that thought to be present in this record. It doesn’t seem fair to us to only portray the hard times.”

Adding to the sentiment, guitarist TJ Horansky expressed, “we’re trying to be better every day, and that’s what a lot of our songs are about. We want to be better people. We want to improve ourselves, and we want to help the people around us improve as well.” Pride & Disaster certainly sounds like an amazing mental health album, and I can’t wait to hear it.

Once again, Sleep On It will release their upcoming album on September 13 via Equal Vision Records. Pre-orders for the new album are currently live.

By Brandon Flores
Worth reading...
Sleep On It Release “Under The Moment” Music Video