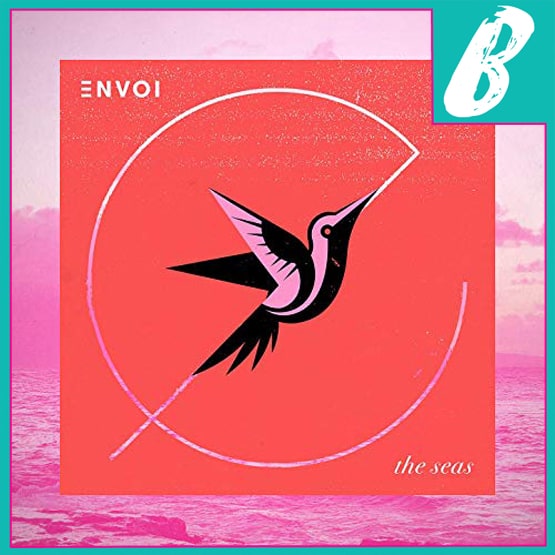 After a three year hiatus, Cleveland pop punk band Envoi have returned with a bang, a purpose, and most importantly: NEW TUNES. Kicking off their comeback, Envoi have released a new song titled, “The Seas,” which as frontwoman Madeline Finn puts it: “is a song that will surely bridge the gap between what was and what is to come.”

But, is it a little too late to throw Envoi’s hat back into the pop punk juggernaut of a scene that has changed from 2016 to now? Or, is “The Seas” just what Envoi need to showcase their raw talents, strong heart, and prowess when it comes to song creation? Let’s find out.

Right away, Envoi waste no time proving who they were and who they still are. “The Seas” from second zero to minute three is filled with high-intensity, raw action, and fierce attitude. “My lungs can’t handle anymore of this tonight,” the perfect take away, a tell all piece that single-handedly showcases the band’s intricate and straight to the point take on creating catchy and effective lyrics that will be stuck in your head for hours upon hours.

Instrumentally, “The Seas” reminded me a bit of old school Paramore and Tonight Alive, a fast paced happy mess with a touch of the past and a glowing future. It’s no surprise that I’m quite harsh when it comes to instrumentals and pop punk bands, as so many of them come off as simple copy and paste scenarios. But, when it comes to “The Seas,” it sounds fresh, completely original, with just a dash of genre cliche, which is of course not a bad thing.

The instrumentals breathing life into “The Seas” are only amplified higher thanks to the amazing vocal quality that Madeline Finn brings to the table. I’m convinced she stole a part of every great pop punk singer, and is finally letting her secret out. Madeline’s voice is fierce, strong, and will completely knock you back as you sing along with each and every word.

If you waited for Envoi to return these last three years, then you’re certainly in for a treat with “The Seas.” A fun song that paints a wonderful future for these Cleveland pop punkers, a future that I’m sure will catch up to them way sooner than they think. If you’re a new listener of Envoi, then take “The Seas” as a cue of what good pop punk music from dedicated musicians who aren’t fame-lusted sounds like.

With “The Seas,” I’m now anxiously awaiting for any other new pieces of music the band might have up their sleeves. If you’d like to check out “The Seas” for yourself, you can find it right now on pretty much all popular streaming services.