“These Nights” – We The Kings – Review 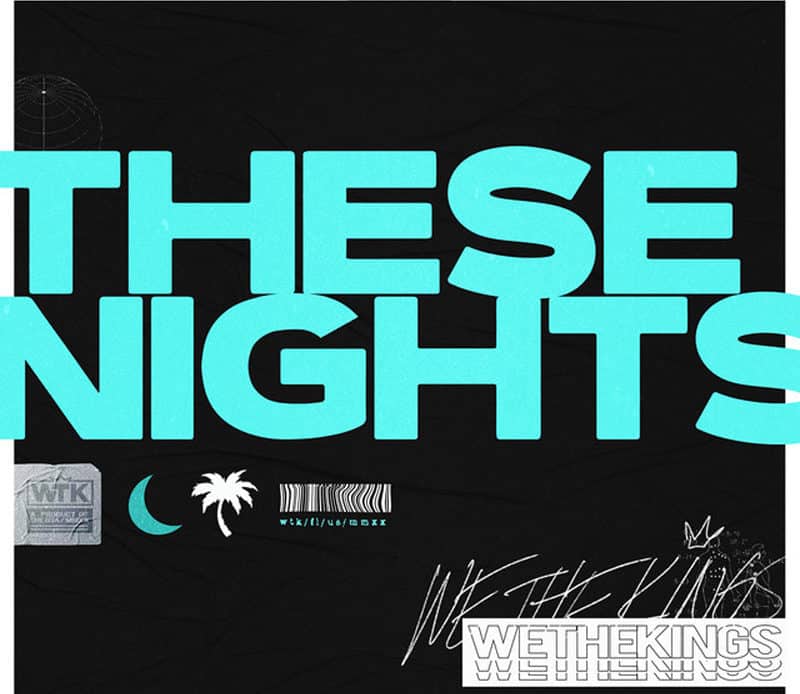 We The Kings are back to help heal the world through music with their first release of 2020, “These Nights,” via S-Curve Records/BMG. Following their 2019 pop-punk masterpiece, “Turn It Up,” “These Nights” helps provide just a taste for fans of the Florida-based group before they release their upcoming EP, SAGA which is currently scheduled to be released later this year, which the guys of We The Kings have been working on throughout the year.

But, does We The Kings’ latest track help grasp what vocalist Travis Clark says is a song about missing the live show experience and just the thrill of touring in general stating; “I really miss being at shows with my best friends and being around others with a shared love for the live experience.” Or, is “These Nights” just another song to throw on the pile? Let’s find out.

Right off the bat, We The Kings wastes zero time in regards to throwing listeners head-first into the action. “Chasing the dark side of the moon. I’d go anywhere with you.” A somber starting point quickly leads into Danny Duncan beating the living hell out of his kit, quickly creating a perfect backdrop for vocalist Travis Clark to play around with. A spark of light playfully dancing in a COVID-19 hell-scape.

Instrumentally, We The Kings rarely fail to miss their mark, and “These Nights” proves they certainly still know what they’re doing. A compilation of pure ecstasy and comfort. We The Kings’ latest track is like a warm blanket keeping you safe in an uncertain future. Each beat flailing off the kit hits with raw power, the low-hum of bass vibrations is soothing and welcoming, simple, and relaxing guitar riffs help to paint the scene. Each playing their part to create a memorable and catchy tune.

Lyrically, “These Nights” presents We The Kings at their best. Leading with emotion and nostalgia for the stage, listeners are left singing “I won’t forget these nights I had with you,” which perfectly fits the exact feeling when thinking about the fun-filled memories one might have at a live show and the missing of such memories. Just like “Turn It Up,” “These Nights” is We The Kings standing strong with their musical identity and not compromising what they want to create.

“These Nights.” Certainly a song I won’t be forgetting anytime soon.

Having seen We The Kings live for the first time last year with Simple Plan and State Champs, I have to say I can’t wait until the world is back to a form of “normal” and I can experience this larger than life song in a setting with fans singing it back at the band. A wonderful little tune, “These Nights” at least to me is reminiscent of their sound featured throughout Somewhere Somehow and has me even more excited to hear their upcoming EP in the near future.

If you’d like to keep up with We The Kings, I suggest following them on Twitter, as that’s where we’ve noticed the band being most active nowadays. Also, if you can’t get enough of We The Kings’ new song, you can also check out a pretty awesome lyric video that features a crap ton of pictures from the band’s touring adventures.

"Some Kind Of Disaster" - All Time Low - Review

You Ruined New York City For Me - Fletcher - Review

By Brandon Flores
Worth reading...
“Love in the Time of Quarantine” – EXNATIONS – Review