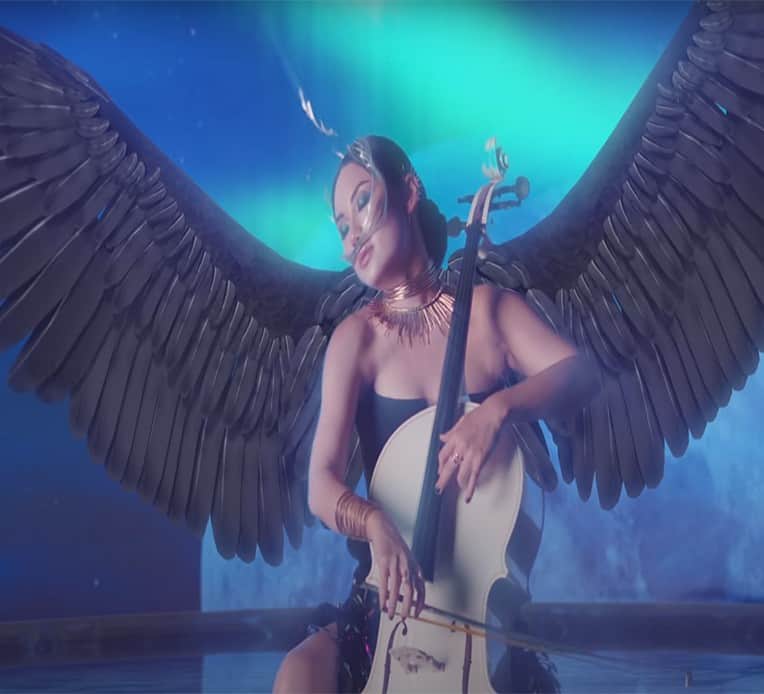 To celebrate the announcement of her upcoming album, Tina Guo has also unleashed a brand new track out into the world, a refreshing take on the infamous Beethoven classic, “Moonlight Sonata,” which is coupled with a bright, colorful, and insanely beautiful music video directed by Viktorija Pashuta.

Speaking on the upcoming release of Dies Irae and her take on “Moonlight Sonata,” Tina Guo shared, “I am so excited to share this collection of music 3 years in the making! Dies Irae consists of 13 tracks, set in the year 3000. It explores different textures, genres, and sounds, rooted in my classical music background, and expands from there into various directions.”

“This version of the “Moonlight Sonata” is set on an Alien Planet interspersed with the calls of Spirit Animals that live in the skies-when producing the arrangement, I envisioned the setting and visuals, which you can see in the music video. I hope you guys enjoy this song!”

Tina Guo’s take on “Moonlight Sonata” is certainly a fantastical rendition and had me feeling relaxed and enticed all at once. Certainly, one of my favorites renditions of the infamous compositions.

If you’re interested in keeping up with all things Tina Guo, make sure to check out her official website and connect with the renowned cellist via her social accounts.