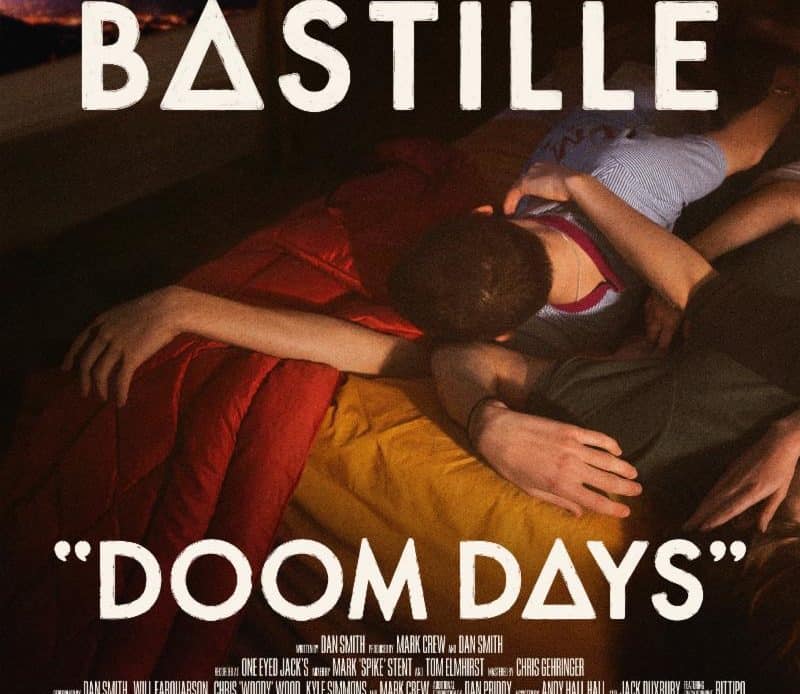 Following the release of their new single, “Joy,” britpop band Bastille have announced their upcoming album titled, Doom Days, which will see a June 14 release via Virgin Records. Opening up like never before, Featuring music created by Dan Smith and band mates Kyle Simmons, Will Farquarson, and Chris Wood. Producing the upcoming album is the wonderful Mark Crew, who also produced the band’s debut album Bad Blood.

Marking a shift in perception, Doom Days changes its view from predecessor Wild World, and will focus on more intimate themes such as the need to temporarily switch off and simply escape from the world around us. Bastille’s upcoming album will take listeners on a “big night out” in search of a distraction from the surrounding apocalypse.

According to the press release for Doom Days, the new album “celebrates real human connections and urges us to keep searching for those moments of elation.” Bustling with energy, thematic musical moments, and catchy songs, the band’s upcoming album seems like the perfect third “film” in the Bastille musical universe. If you’re excited for the band’s upcoming album, you can find out if they’ll be bringing their new album to a city near you, as they’ve also announced an upcoming North American tour.