pure xtc – ‘Nobody’s Home’ Review: Excellence Out Of The Shadows 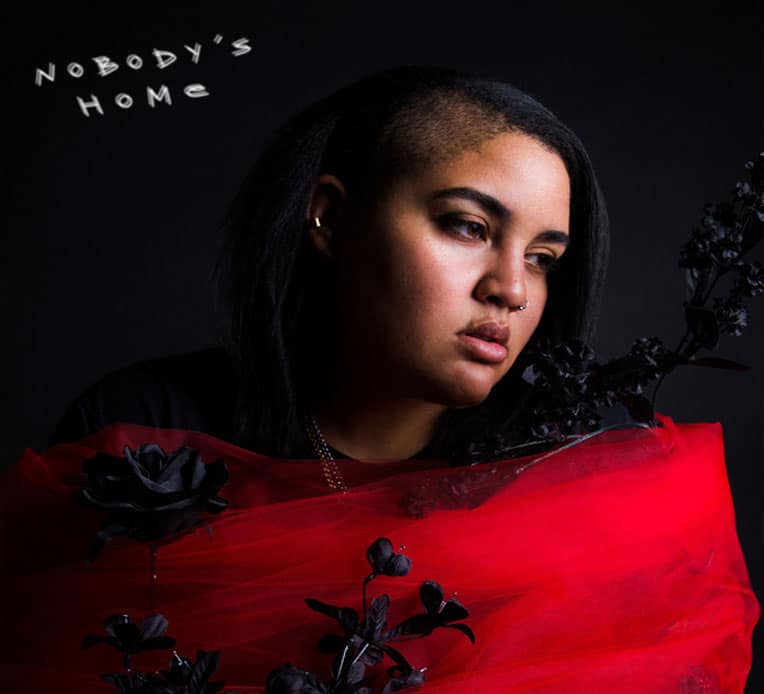 Taylor Hughes, otherwise known as pure xtc is taking over the airwaves of your mind with the release of her debut EP, Nobody’s Home. Your new favorite brooding, dark harboring musical experience that you haven’t even listened to yet. Following the release of her shadow-filled single, “Bad Dreams,” pure xtc brings to the world an EP that touches on topics and anthems that many tend to shy away from. It’s all about the glitz and glamour, right? Wrong! Nobody’s Home takes listeners to the darkside of one’s mind to confront the demons deep within.

Helping to bring pure xtc’s inner monologues to life are Walter Kazmier and Mike Piacentini. But, is Taylor Hughes meant to bask in the glory of the sun. Or is Nobody’s Home just proof that this multi-instrumentalist has been lost to the shadows for far too long? Let’s find out.

Instrumentally, Taylor Hughes wastes zero time grasping the collective minds of listeners as the inner flowing of sounds whimsically floats from ear to ear, quickly creating an otherworldly musical experience. Interwoven perfectly with her brooding style of vocal work makes for the perfect wave of despair and electric desire.

“Begin” contains significant Life is Strange vibes, and I’m 100% here for that. More of an instrumental explosion than an all-out typical song structure affair, “Begin” creates the perfect scene for what’s to come down the road as listeners continue their journeys into the darkness with a musical guide that is more than equipped to traverse them through their minds with ease.

Even though “Begin” is more of an instrumental opener, I constantly found myself going back to listen with my eyes closed over and over again. Something I’ll probably continue to do as I get lost within the confines of my own existence.

“Some days I feel like I’m a ghost town/Nothing for miles and nobody’s coming around,” lyrics have never rung more true. Nobody’s Home might not be everyone’s cup of tea, but one thing is 100% fact; Taylor Hughes knows how to put poetry to song and hold attention through truthful narrative and captivating instrumentation, and “Ghost” is more than enough proof for that concept.

“Ghost” like “Begin” is more instrumental, which is heaven for someone like me who loves remarkable instrumentals in mood-bending songs. But, when Taylor does grace the track with her haunting vocalization, it’s pure ecstasy for the senses. In my experience with the track, I let go of my convictions, my shadows, to feel the encapsulating nature of the track itself—a feeling I’ll yet to forget as I keep this track on constant repeat.

Lyrically, “Ghost” is brief but significant in size with its theming. Pushing listeners to think while lines such as; “Living for cheap thrills/I’ve got a pocket of pills” float around the musical aura the track shares. “Ghost” is undoubtedly one of a kind.

Instrumentally, “Matches” is my absolute favorite track off of Nobody’s Home. There’s just something so brutal about the chaos that surrounds “Matches” that had me simping the moment I hit play. “Matches” is Taylor Hughes at her best; strong, broken, and everything else in between. To be honest, all the subtle beats featured on pure xtc’s debut EP would make for an excellent instrumental release itself.

Joining Taylor on the track is the always infectious Pistol Pete, a true one-of-a-kind artist that genuinely brings “Matches” to that next level of awesomeness. Lyrically, “Matches” continues that next-level approach that the track oozes instrumentally throughout the entire two minutes and thirty-five seconds. Hitting new heights while cooking up hits in the studio is the simple way of explaining this track’s perfection.

“Matches” is the spotlight of Nobody’s Home for myself. A track I see contending for my “favorite” spot against “Bad Dreams” in a dead heat. Until then, I’m going to “light it all on fire.”

The showstopper, all-star wildfire, ecstasy in musical form; “Bad Dreams.” Not much has changed since I last reviewed the track about a month ago. But, I’ll never not preach the gospel that is pure xtc’s heavy-hitting single. “Bad Dreams” was the first time I listened to Taylor Hughes’ new musical project, primarily knowing her as EXNATIONS’ kickass drummer, and to say I was surprised by just how good her musical endeavors would be an understatement as “Bad Dreams” took me on a trip through my mind I’ll never forget.

Instrumentally, “Bad Dreams” stands out among the rest of the five tracks featured on Nobody’s Home as it’s almost its own perfect storm, standing above the rest as a top-tier song. This track has it all; dark atmosphere, uncertainty, and a complex of sound and storytelling that will give you a wet dream as this track will leech off your very being both day and night. It’s a track you can’t escape as listeners will be sure to sing along, “I’ve been having bad dreams about you,” constantly as they go on with their days.

A phenomenal masterpiece of sound. “Bad Dreams” will be up for Song of the Year next month, going against some stiff competition, but something tells me it’s going to go far, if not winning outright.

“Underwater” is nothing I’ve heard before. The straight-up poetic nature of the track has me falling head over heels. A simple one-minute tune that further showcases the depth and emotional character Taylor Hughes puts into this project. Not afraid to experiment with new things to make sure the vision she’s putting forth is authentic and relatable while not skimping out on what makes herself unique in this vast musical spectrum.

“Heavy talking/Heavy hands/A dead end.” “Underwater” is fantastic and if you’re a listener just looking to add new tracks to a growing background sounds playlist, include this track ASAP, as you’re guaranteed to be talking along with Taylor’s emotional delivery within seconds of hitting repeat. Who knew a one-minute track could be this good? As a fan of short songs and poetry alike, this one was surprising in all the best ways possible.

“I don’t care about the old wounds,” the perfect lyrics to describe Nobody’s Home in as few words as possible. “Old Wounds” brings things around full circle as Taylor Hughes comes face to face with her past experiences and the subtle hope that moving on brings forth during hard times. It’s no secret I love music and movies more than most people, as when I listen to great tracks like “Old Woulds,” I quickly pinpoint how great said tracks would be within the realm of film, and “Old Wounds” is one of those end credit tunes I’d love to see come to fruition someday.

“Old Wounds” is an ode to everything Taylor has worked on before and everything she’ll work on in the future. A musical genius that uses her broken past and evolving present to bring true art in its various forms into a bright sunset future that’s both scary and wonderful. “Old Wounds” is somehow that safety blanket that leaves you feeling safe and worried all at once.

Perfection does little to express how I feel about this track. Slight tears fell down my cheek as “Old Wounds” had me reflecting on my past, present, and future, while Taylor’s haunting delivery brought me to my knees in the best ways. A phenomenal curtain call to an already outstanding soundtrack for life.

As stated in the review itself, pure xtc’s debut EP Nobody’s Home won’t be everyone’s cup of tea. But, that’s the great thing about music; it’s so subjective and magical that everyone that listens will feel and interact with Taylor Hughes’ art in a variety of different ways; both positively and negatively, whether that’s feeling hopeful while giving the release a play through or remorseful. It’s a beautiful thing, and this EP is simply that; beautiful.

Nobody’s Home is haunting, chilling, and the perfect piece of truthful awareness to be someone’s soundtrack. I can’t wait to continuously see tracks from Nobody’s Home show up in my liked songs playlist, as I know these tunes will never be skipped. I also can’t wait to see what else is building up in Taylor Hughes’ mind for future releases.

If you’d like to keep up with all things pure xtc, I suggest heading on over to the official website, where you’ll find all the social links you’ll need to interact with Taylor, as well as some dope merch including a physical copy of Nobody’s Home.