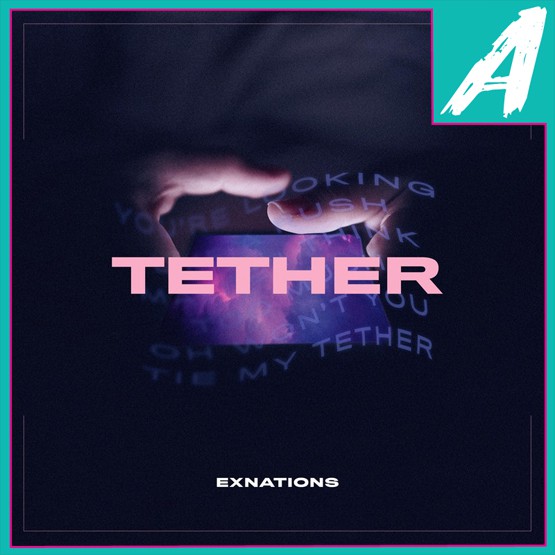 Have you ever heard of sad-pop? Neither have I. But, it’s the genre a New York based three piece called EXNATIONS have decided to call home. The self-proclaimed sad-pop act have recently released a new single titled, “Tether,” which is lifted from their upcoming EP Pink Haze. Telling the story of a “budding romance, nervous energy, silly games, and a spark of possibility.” “Tether” has quite the musical ambition behind the scenes.

But, is “Tether” a little too ambitious? Is the world ready for a self-defined “sad band?” Or, are EXNATIONS onto something with their neon colors, and sad-defining lyrics? Let’s find out.

Telling the story about genuine love, a love that goes beyond the likes of Tinder, OkCupid, and the many copycats. “Tether” is filled with raw emotion, fleeting senses of joy, and a really catchy chorus. “Oh won’t you tie my tether,” a set of lyrics everyone can relate to. Everyone wants the chance to love, to feel like they mean something, and EXNATIONS capture that feeling of hopeless love perfectly, while also nicely conveying a will of coming out of ones own shadow to see what could be.

“Tether” has a strong foundation, a fierce group of musicians made up of Sal Mastrocola, Taylor Hughes, and John O’Neill. A group of musicians that know how to wield what’s been given to them. Instrumentally, “Tether” is both calm and chaotic, a perfect paradox of sound. Each note that entered my ear canal left me feeling comfort, joy, and whimsical sensations. Featuring a handful of simplistic sounding note progressions ended up sounding like the most complex pieces being played within an echo-filled cathedral.

EXNATIONS’ new single is a wonderful piece of art that comes together perfectly around Mastrocola’s very somber and brooding vocal styles. A sense of urgency, pain, and hopeful desires can be heard in and out of Mastrocola’s melodies. A perfect tether between this band’s members is all one needs, and it’s what you’re getting with this song.

I can happily say, the world is definitely ready for EXNATIONS’ sad-pop revolution. If you’re tired of the same old indie sound, indie style, and boring indie attitude then you’re going to love this band’s rendition of the genre. “Tether” will find many repeats from me, as I’m sure listeners of EXNATIONS’ new sad-pop single will say the same.

If you’d like to check out “Tether” for yourself, you can do so by heading over to any of your favorite streaming services right now. Also, if you’re interested in checking out EXNATIONS in a live setting, you can find their current tour dates via their official website. “Tether” will be featured on the band’s upcoming EP, Pink Haze, which will be released on June 28.