You Ruined New York City For Me – Fletcher – Review 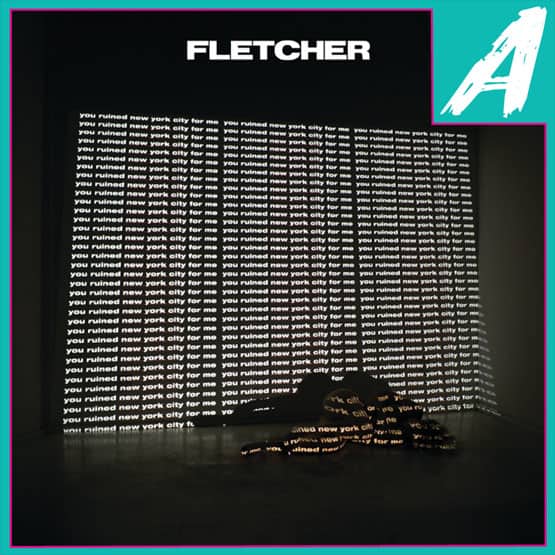 The queen of the broken and wasted, Fletcher, has finally unleased her beast of an EP, You Ruined New York City For Me, across the world. Following singles, “Undrunk,” “If You’re Gonna Lie,” and “About You,” You Ruined New York City For Me is Fletcher’s ultimate culmination of a break up she described as being her first real relationship back when she opened for rockers Bastille.

But, is Fletcher’s relatable struggle with coming to terms with a bad break up as amazing in full storybook fashion as each single happened to be when she released them earlier this year? Or, is Fletcher next in line to become just a singles artist? Let’s find out.

I had the pleasure of reviewing “If You’re Gonna Lie” earlier this year, in which I unleashed all my ugly tears stating; “Fletcher perfectly captures the feeling of being cheated on in the span of three minutes, and those three minutes were filled to the brim with tears.” And now I can confirm those tears and the utter gut-punch feelings have returned in full force.

What Fletcher achieves with “If You’re Gonna Lie” is what every early 2000s emo band wishes they could have achieved over their entire discography. A true, relatable connection between artist and listener all the way down to the running tears. Fletcher is the only modern pop artist that has achieved this massive milestone so quickly, coming out of the shadows as a nobody and emerging as the most relatable artist in recent memory.

“If You’re Gonna Lie” will make you cry. Period, end of the story. Even more so, if you’ve had the misfortune of being on the side of being cheated on. Lyrics such as; “I’d rather hear you lie than hear you say goodbye to me” will hit you like a truck going way over the speed limit.

Instrumentally, “If You’re Gonna Lie” is the best track on You Ruined New York City For Me. A simplistic display of soaring guitar melodies, a subtle array of beats, and an uncomfortable atmosphere that all combine to re-enforce Fletcher’s naked, emotional, and flawless vocal performance. Seriously, what you hear on this EP is what you’ll hear in a live setting.

If you only listen to one song from Fletcher’s new EP, make it “If You’re Gonna Lie” and you’ll be far from disappointed.

“Undrunk” is a very different type of pop song and the core reason why I love Fletcher and her style of the genre so much. “Undrunk” at its core is a song filled with regrets, reflection, and the process of starting to move on. “Wish I could get a little un-drunk. So I could, I could un-love you.” The lyrics for Fletcher’s break-out single speak for the integrity of the song all by itself.

Fun fact; “Undrunk” was the first song I heard from Fletcher in a live setting where I truly felt like this was a serious artist with pure ambition, pain, and a knack for turning that pain into something greater. “Undrunk” is why I’ll be a fan for life.

“Undrunk” is the strong spine You Ruined New York City For Me needs, the glue that will hold everything together when something new feels scary or when you feel like calling up that ex you still have feelings for. Let Fletcher’s voice carry you back to your happy place, and just sing “Undrunk” over and over again for the next year. “Undrunk” is truly the cure for after heartbreak pain.

Just like “If You’re Gonna Lie,” “All Love” will hit you directly in the feels. Fletcher has made me ugly cry throughout this entire EP that I believe my dry eyes have finally been cured. “You’re happy, I could see. And that’s so hard for me.” Do I really have to say more? Lyrically, “All Love” should be on tons of “song of the year” charts for its simplistic nature, gut-punching knocks, and heartbreaking tendencies.

Instrumentally, “All Love” shares in the less is more tactic that helped “If You’re Gonna Lie” shine so much. Honestly, if “All Love” sounded like the latest generic break up ballad, I would have been sorely disappointed. It’s the instrumentals’ simplicity that helps Fletcher’s broody and “fuck off” vocal melodies navigate through the bullshit and everyday sunshine that sometimes isn’t there. Simplicity is key, something the pop genre has forgotten about for a good amount of time.

“All Love” is a true diamond in the rough. A simplistic ballad that everyone who knows love hurts sometimes can relate to.

The final before release single. A song I honestly didn’t pay much attention to until recently. “About You” like all the others is an instant hit. It should be a crime for one artist to have so many hits all at once. Unlike the others, however, “About You” is a perfect live show song. I personally can’t wait to hear crowds across the globe singing this one back at Fletcher and her band, it’s guaranteed to sound amazing.

As with the rest of You Ruined New York City For Me, “About You” shares in the love for simplistic and thematic instrumentals that makes me smile from ear to ear. Also, is it a crime to be singing “ya, ya, ya ya, ya, ya” over and over again? Because if so, I’m totally not sorry.

I might not have given “About You” the same attention to detail as I did with “If You’re Gonna Lie” and “Undrunk” when it was first released. But, I see the beauty in the song’s process of moving on. Like it or not, it’s common for your mind to pop an ex into view every so often, and it might hurt a little, but that’s what you have “About You” for. A beautiful and broken masterpiece to help put you back together.

Honestly, when I first listened to “Strangers” I listened to it as an isolated song and didn’t think it was quite the right fit to be an ending song. But, after listening to You Ruined New York City For Me over a hundred times, it’s the best epilogue to what started as a tale of wild emotions and immense heartbreak. Instrumentally, “Strangers” is a lot more positive in its note changes and soaring melodies. A phenomenal and natural change of pace.

Oddly, listeners will feel an emotional comfort with “Strangers” while the other tracks featured on the EP strike an emotional chord on a more depressive note. It’s a truly odd feeling to have cried my eyes out during songs like “If You’re Gonna Lie” and “All Love” and leave “Strangers” with a slight smile on my face. I’m pretty sure Fletcher is playing around with black magic at this point.

“Strangers” might not be a song I have on repeat, or tend to sing aloud to. But, it will for sure find its way onto my comfort playlist right alongside Box Car Racer’s emotional hit “There Is.” “Strangers” will somehow leave you more put together than broken. A one of a kind way to end an already amazing EP.

It’s crazy how accurate Fletcher managed to capture all the stages of a breakup perfectly with her latest release. Seriously, if you listen to the whole EP from “If You’re Gonna Lie” to “Strangers” you can feel the emotional changes as they happen. Fletcher hits it out of the park with You Ruined New York City For Me and is already my album of the year, even if it’s only an EP. I’m looking forward to seeing what she creates next, and hopefully, she continues the care and passion that was showcased throughout this release.

Fletcher’s new EP, You Ruined New York City For Me is out now and can be streamed on all major streaming services. Also, make sure to head on over to Fletcher’s official website and check out her upcoming tour dates. Trust me, if she’s coming to a city near you, you’re going to want to be there.