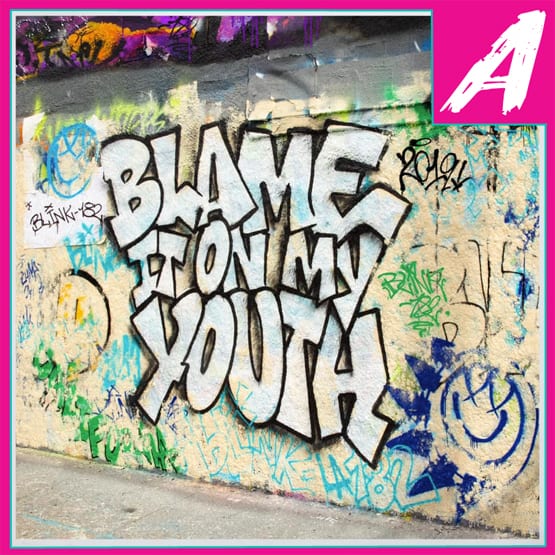 blink-182 have returned with new single, “Blame It On My Youth.” Taking a more mature look into the punk world, blink-182 are ready to try something new. Partnering up with producer Tim Pagnotta of Sugarcult, “Blame It On My Youth” appears to be a personal story of bassist Mark Hoppus’ upbringing. blink-182’s latest single is a great “looking back at my life” style of pop track.

But, is “Blame It On My Youth” a little too different for fans of these pop punk legends? Or, are Mark Hoppus, Travis Barker, and Matt Skiba progressing past the same old sound, and finally doing what they want to hear versus what the masses demand? Let’s find out.

Right off the bat, “Blame It On My Youth” features a version of Matt Skiba I’ve wanted to hear with blink-182 since his joining back in 2015, a version of Skiba that failed to make an appearance in the initial release of 2016’s California. blink-182 are clearly ready to experiment again since the band’s Untitled album, versus playing it safe with what some obnoxious fans demand in this day and age.

“Blame It On My Youth” is far from your typical blink-182 summer single, but that’s where the beauty lies. blink-182 are at their best when they experiment, and their new single is a showcase of that notion. Featuring a more laid back drum beat that most would expect from Travis Barker on a blink-182 song, Mark Hoppus not forcing himself out of key to match the “forced” pop punk style, and a clearly passionate Matt Skiba who is the highlight of “Blame It On My Youth.”

Vocally, both Matt and Mark sound amazing compared to what was heard on California or its deluxe re-release. From catchy melodies to an acoustic a capella slowdown, blink-182’s latest single seriously impressed with how “out of the box” it presented itself. A perfect transition from their younger pop punk skater demographic, to fans that have grown with the band, and have expected the same from their music.

If you’re a blink-182 fan that can’t accept the band growing, changing at all, or experimenting again than “Blame It On My Youth” is not for you. But, if you’re welcoming of change, and can appreciate blink-182 finding a new sound than you might just love what they have cooking up.

blink-182’s latest single still gives hints at their previous sounds, not completely leaving them in the dust, just tuning things to fit a whole new soundscape. If I was forced to compare “Blame It On My Youth,” I would say its a nice crash site of +44 meets any of Matt Skiba’s side projects. As already stated: “Blame It On My Youth” is a thing of beauty, not too outrageous, but just different enough to bring a smile to my face.

If you’d like to check out blink-182’s new single, “Blame it On My Youth” for yourself, head over to any major streaming service and give it a spin for yourself.

Also, if you’d like to check out blink-182 in a live setting this summer, you can also check out their upcoming tour dates featuring Lil Wayne and Neck Deep. If interested in blink-182’s summer tour, head over to their official website for ticket information.

By Brandon Flores
Worth reading...
blink-182 Announce “Blame It On My Youth”