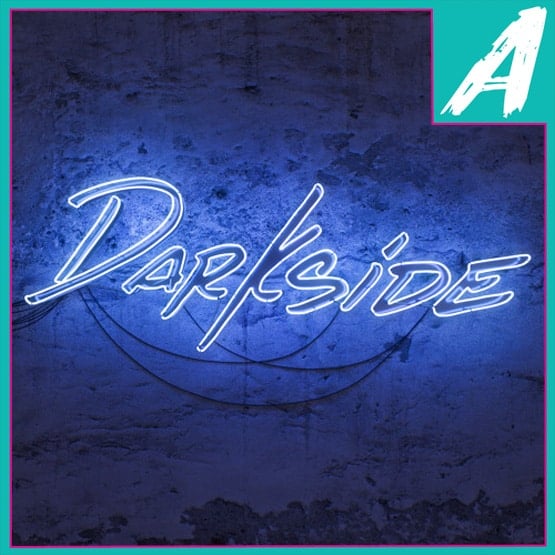 blink-182 is back with their fourth new single, “Darkside,” taken from their upcoming fifteen-track album NINE to be released on September 20 via Columbia Records. Released alongside a snazzy and bright as all heck lyric video, “Darkside” also happens to be the first song to primarily feature guitarist Matt Skiba, doing what he does best; being a screamy boy, a trait that wasn’t utilized completely in blink-182’s 2016 released album, California.

But, are Matt Skiba’s screamy boy antics enough to carry the John Feldmann produced track to sweet victory? Or, is “Darkside” not even good enough to impress bassist Mark Hoppus’ big iPad? Let’s find out.

Right off the bat, blink-182 waste zero time at all to get listeners moving and grooving alongside subtle yet mesmerizing instrumental melodies carried on by Travis Barker’s infectious and dance-club vibed drum beats that will have you wanting to go on a mile run all while flaying your arms around in-complete dance mode.

Lyrically, the verses featured throughout “Darkside” could be one-hundred times better, as at times they just sound like nice words smashed together to build up to the song’s gold star; an ear-worm curated chorus that will have you dashing towards the darkside with blink-182, asking zero questions in the process. As evidenced by my younger nephew, “Darkside” features a chorus that you’ll be singing along throughout the first listen. It’s a simple, yet very effective chorus that should do masterfully in the radio world.

The true highlight of blink-182’s lastest single is guitarist Matt Skiba, who finally sounds comfortable and like himself. True screamy boys can’t be contained forever, and I’m glad blink-182 have finally let Matt Skiba out of his cage to showcase what he can bring to the table when you let Matt be Matt. A wonderful single that lets all members of blink-182 shine to their utmost ability. I’m looking forward to hearing blink-182 play this once live, as this one should have no problem grabbing the “All The Small Things” crowd of concert-goers.

Overall, blink-182’s new single should be enough to grab the attention of overly complaining fans and enough to impress even Mark Hoppus’ big iPad. One thing is clear with the band’s upcoming ninth studio album, NINE, us fans are in for a treat if the new album contains more songs like this one and a whole lot more that feature the band experimenting with new sounds and processes. I’ve never been more excited to be a fan of blink-182.

Once again, blink-182 will release their upcoming studio album, NINE on September 20 via Columbia Records. If you’re interested, head over to the band’s official merch website for some interesting album bundles with one including a pretty awesome smiley face neon sign.