MOD SUN – “Down” Review: Down The Rabbit Hole, Losing It All 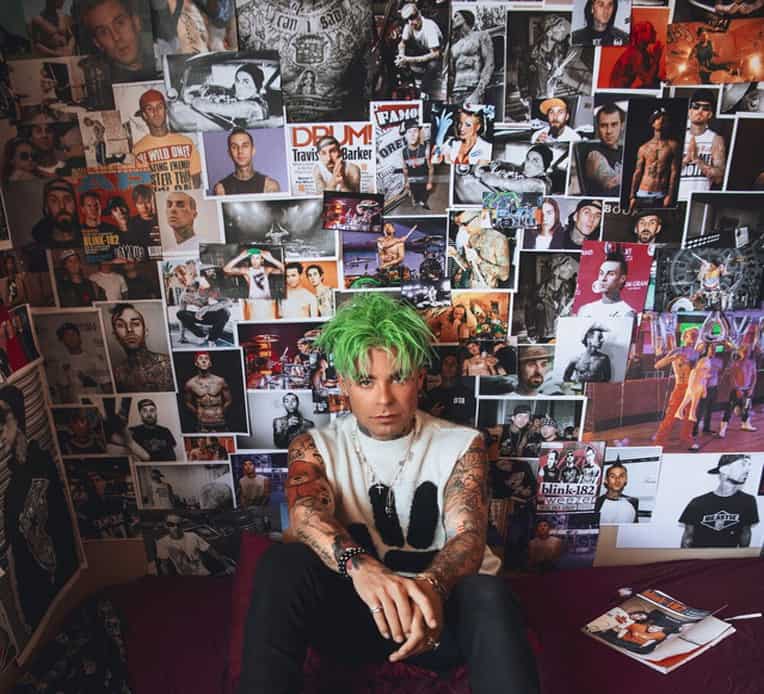 MOD SUN doesn’t stop, does he? Following the steller release of his latest album, Internet Killed The Rockstar, the growing modern pop-punk icon has teamed up with drummer Travis Barker to release yet another banger titled “Down.” Capturing classic pop-punk tones is the perfect recipe for nostalgia, and MOD SUN utilizes the track to showcase further his love for the blink-182 drummer and genre as a whole. Which, if you didn’t know, is the music genre MOD SUN got his start in many moons ago.

But is MOD SUN’s latest catchy pop-punk sing-along worth listening to while there are so many others right now breaking out in the reemerging scene? Let’s find out.

First things first, I’ll never get tired of hearing Travis Barker’s iconic drumming style, and that fact doesn’t change with “Down.” If anything, it’s Barker’s heart-pounding drumming style that helps propel MOD SUN’s vocal melodies into the stratosphere. As a fan of MOD SUN’s latest album and his track’s “Karma” and “Bones,” I have to say that “Down” is on a completely different level that has me feeling I’ll have this tune on repeat a hell of a lot more then I did the entirety of Internet Killed The Rockstar.

Lyrically, MOD SUN continues to let listeners inside to witness his inner workings at play, and just like his song “Flames,” “Down” doesn’t dumb down the emotional levels at play throughout the entire two-minute and forty-eight-second runtime. I literally was singing, “You don’t fight fair/I’ve been dealing with your type all my life,” for hours!

Being able to relate to what an artist is displaying in their sound and structure always makes for a special moment, and I had a few of these moments while listening to “Down.” Remembering the good and bad times with a fiery ex that had me in her grasp. An angel I couldn’t escape from. A nightmare becoming a reality. An aspect about “Down” I suspect many of MOD SUN’s listeners will no doubt be able to relate to.

Instrumentally, aside from Travis Barker going crazy as Travis Barker does, it’s your traditional fast-paced, break-down articulated pop-punk love affair. It’s a fun time that will help listeners escape, even if just for a few minutes.

Overall, MOD SUN isn’t trying to reinvent the wheel when it comes to the revived pop-punk genre and his latest single, “Down.” No. Instead, MOD SUN opts for a fun, nostalgia-filled trip down memory lane filled with relatable lyrics, fast-paced instrumentals that just so happens to have Travis Barker riding shotgun. It’s a good time that’s for sure to be on listeners’ heavy rotation for the remainder of the Summer.

I also can’t wait to hopefully hear this track in a live setting next week at The Roxy when MOD SUN takes over to start his Internet Killed The Rockstar tour, which will also feature Tyler Posey, who also happened to release a new track this week and the always awesome peeps in girlfriends. Do you hear that MOD SUN? “Down” best be in your setlist. It’s a banger.

If you’d like to see if MOD SUN is coming to a city close by for his upcoming tour or want to keep tabs on all the awesome stuff he’s got going on, make sure to check out his official website.